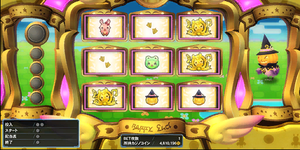 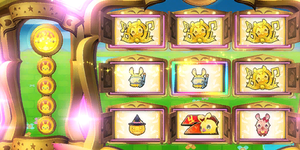 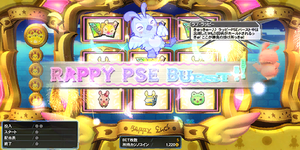 Each Casino Area has two Lillipan Graffiti scattered to two different positions, which are different for each block and reset with each maintenance, usually as a vertical orientation but sometimes found laying down on the top of the ceiling structure. It looks sort of like a flat sticker of a roulette wheel with a drawing of a Lillipan sticking out. Finding and interacting with any of the Graffiti is related to one of the Titles, some Client Orders such as that from Alto, and sometimes Bingo Cards and Events. If a quick cursory of around the front and back of walls and pillars does not yield the Graffiti, one is advised to change blocks or consult other players during Events who will often report the position in the Casino Block, B42, for the week.