Greetings! This wiki is for the Japanese servers only. If you're looking for the North American wiki, it can be found at here.
Purge cache Edit New Talk History
ContributionsUnwatch View Edit in Form What links here Special pages Upload file Move 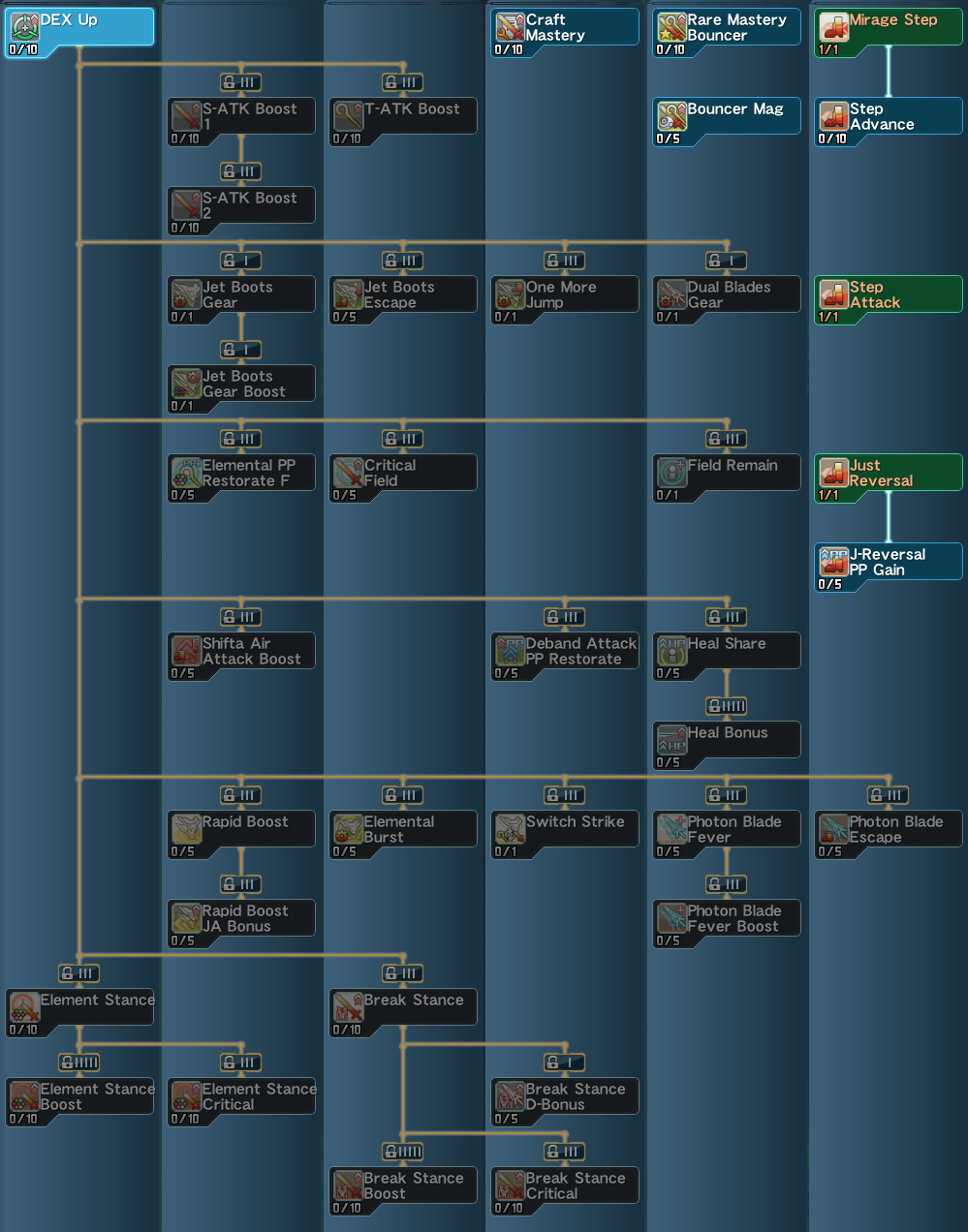 Field Remain - The skill is self-explanatory, it allows others to keep the effects of the field skills Elemental PP Restorate and Critical Field for some time after they leave your range. These skills can tighten up some slack on the downtime of those around you since you have to be in melee range of weak points. Other classes that have this damage dealing range won’t complain with free buffs!

S-ATK Boost{Bouncer#tatkup|T-ATK Boost]] - Increases indicated base stat values by an increasing value maxing at either 50 or 100 total for the more points invested.

Step Advance - Invincibility window increased by a maximum of .20 of a second during step. Bouncer weapons are teeming with abilities you more commonly invest in to do this.